Cedar Farm, where the patented Hizap fence extending insulator originated, has been in our family for over 50 years. It originated as a fully operational small sheep farm with around four acres of grazing. It is ideally situated in the hills just outside of Clatskanie, Oregon. Over the years we have endured several devastating attacks on our sheep, spent countless hours trying to protect our gardens from Deer and, as good neighbors should, worked hard at keeping our dogs on our own property. These situations lead to our first prototype of the Hizap fence extending insulator, a PVC pipe extension that has been in place since 2008. Much to our surprise it worked. It made our electric fence higher and wider.  This presented a new unknown obstacle for the animal wanting to get over the fence, creating protection and containment that is un-parallel to any other insulator on the market. Since we installed this prototype, we have had only one attack, this came when the gate was accidentally left opened just one night and a coyote got in and killed a lamb.

Now, after several field trials and further developments to its design, the Hizap fence extending insulator was deemed worthy of a U.S. Utility Patent that was issued April 2, 2019. The fence extending insulator is sold under the registered trademark.  Our hope is that we can provide peace of mind for our potential customers and that they can find the protection and containment that works for them.

An article from the Clatskanie Chief, from March 9th, 2000 reports on a massive slaughter of sheep from two neighborhood dogs. This is where our quest for protection began. 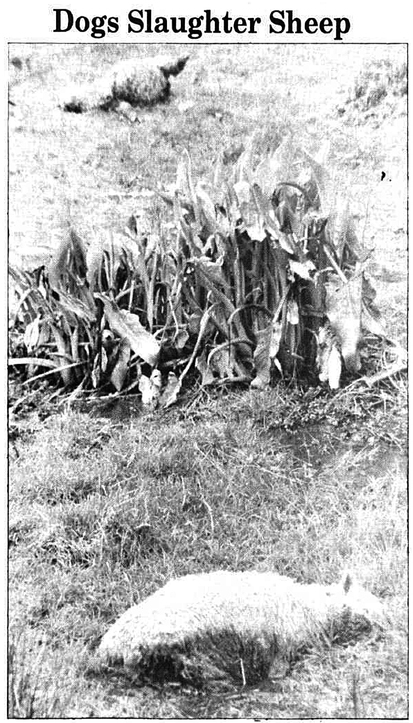 A FLOCK OF YEARLING EWES, plus two rams, all registered Southdowns, belonging to Morris Lillich, of Clatskanie, were killed Monday night or early Tuesday morning by two dogs, one large and one smaller.  Lillich discovered the 16 dead and dying sheep, worth at least $2,000 to $3,000, Tuesday morning, on his 14 acre hillside farm on Clatskanie's northern hillside.  A 17th sheep was wounded.

Columbia County Dog Control Officer Shaun Barrett and USDA federal wildlife officer Randy Iceangle investigated the incident and will be looking for dogs matching the footprints found at the scene and bearing evidence of having attacked the sheep.  Owners of the dogs can be held financially responsible for the loss of livestock.

Margaret Magruder, another Clatskanie area sheep rancher, who serves on the state Board of Agriculture and as president of the Oregon Sheep Growers Association, noted that a move is on to further weaken Oregon's laws against dogs running at large that attack livestock.  She blamed the loss of Lillich's prized Southdowns on "irresponsible dog owners."

The ewes killed this week represented Lillich's entire flock of replacement breeding stock.  He has another flock of approximately 45 head of sheep, including pregnant ewes and lambs, in another pasture elsewhere in the area.

In the past, Lillich has lost a few lambs to coyotes, but both he and the officers investigating the case are convinced by evidence at the scene that Monday night's kill was committed by dogs.